Is Fear of Commitment Preventing You From Implementing Your Ideas?

I had an interaction with @adamkingstudio on twitter that left me wanting to write this blog post. The whole conversation was spurred on by something that Chris Gillebeau said:

People with powerful messages often get stuck hoarding their ideas. (via @judiknight)

I agreed, and then Adam said something that was really insightful:

@ethanwaldman It's the execution that's a slippery slope. The fear of having to commit to the life of the idea is daunting.

I really liked what Adam said, because it made me realize that it's not that people are hoarding ideas out of selfishness. You're not some evil genius hoarding your ideas from the world.

This really isn't about being selfish. 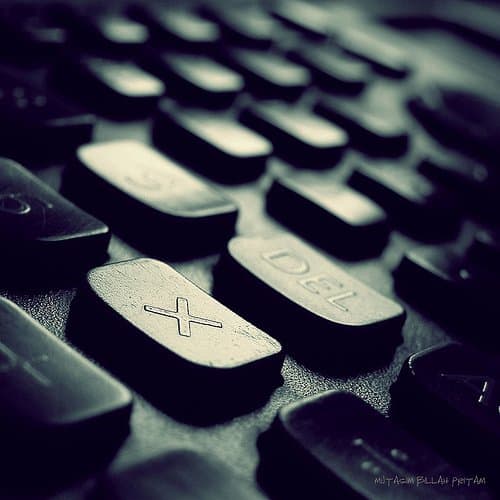 It's more of an internal problem: The inability to commit to any one thing or move in any one direction for a sustained period of time. I have certainly identified with this problem at one point or another in my life, and I'm sure you have as well.

One of my favorite writers, Derek Sivers says that an idea alone is nearly worthless without execution. Even a brilliant idea is worth less than a crappy idea that has been well executed.

If this is true, those of us who have lots of “great ideas” all the time are really just sitting on a pile of worthless multipliers. And taking what Adam said, it's not that we don't know how to execute- it's that we are afraid to commit to executing.

Why won't we commit?

A lot of times, we're just afraid of learning something new.

Here's a perfect example: I was working with a local client teaching him how to update the workshops listing on his website. The meeting took 20 minutes, but it was supposed to happen 3 weeks ago. It had been scheduled and rescheduled, cancelled, pushed out, and finally happened by chance.

He said “I've been avoiding this for weeks. I knew once you showed me how to do this I wouldn't be off the hook anymore. I'd HAVE to update my website.”

That's a perfect example of how we fear commitment to execution. We know that it's going to be confusing. It's going to push us out of our comfort zone. It's going to force us to learn something new.

Fear of technology is one of the most common excuses I see that prevents you from implementing your ideas. While your imagination is a blank canvas, translating that vision into a website, blog post or product requires hands-on knowledge, time, and energy.

And most people (myself included) can inflate the amount of energy we think this will take in our heads. In reality, sometimes a quick coaching session is all we need to get past a major hurdle.

The idea of committing: to learning, to implementation, to moving forward, becomes worse in our minds then actually taking action.

Has your fear of commitment prevented you from implementing an idea? How did you get past it? Or, how is it still holding you back?