Use The Cycle to Solve Your Technology Problems 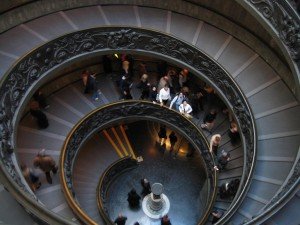 “Can you take a look at my printer?”

“my cable Internet just went out. What's going on?”

These are the kind of questions that I get from friends and family on a weekly basis. Perhaps you have found yourself calling up someone you know to be tech savvy to ask them such a question.

Today, you are in luck. I'm about to spill all my secrets. It's really not many secrets, just one. I call it The Cycle.

What is The Cycle?

When I use the cycle to solve technology problems that means that I take that piece of technology from its current state to the opposite state and back.

If it's a program that's acting up, quit it and then launch it again. There, that's the cycle.

What if it didn't solve the problem?

If it's something you plug in, unplug it. Then plug it back in and try again. There, another cycle.

Turn it off and then turn it back on. You've just completed a cycle of cycles.

The cycle is the secret

Believe it or not, this cycle of cycles probably solves 4/5 technology problems. It may sound silly, but it's powerful. I won't even listen to you argue about the nature of the complexity of your tech issue until you try all three things.

Even if the cycle doesn't work to solve your problem, you've actually saved yourself a lot of time:

When you tech support to ask for help, you can tell them that you already tried the above (which will be the first things that tech support tries to get you to do).

So, the next time something doesn't quite work out for you, remember: use the cycle.